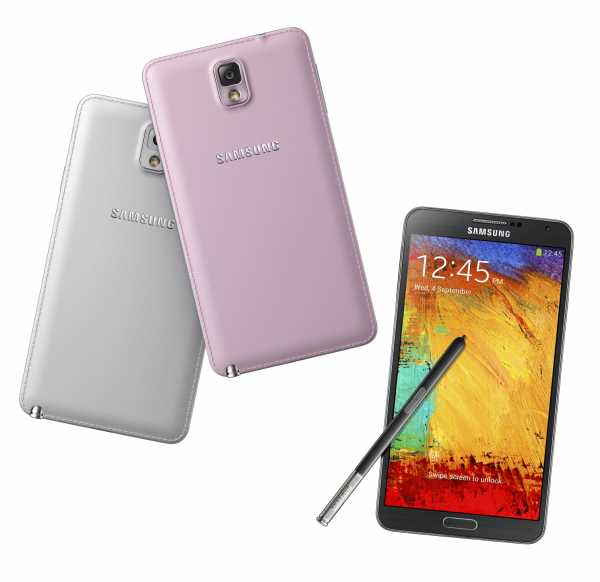 Samsung UNPACKED 2013 Episode II event in Berlin brought us three new Galaxy devices, just as expected. The Galaxy Note 3 phablet is definitely the most eagerly anticipated one among mobile phone fans, but Samsung has also refreshed the Galaxy Note 10.1 slate and brought us the brand new Galaxy Gear smartwatch.

It use to be the case that as technology developed, devices became smaller — colossal Walkmans were replaced by more svelte models, chunky Discmans by portable players barely bigger than the disc they were playing. There was a time when the fashion for cell phones took a similar route, but the current propensity for larger screens shows that this no longer rings true. The phone boasts of a 5.7 inch Super AMOLED display and a resolution of 1920 x 1080, it certainly risks being a power sucker but not when its backed up by a 3,200mAh battery.

With an impressive 3GB RAM and a 2.3GHz quad core processor(4g version) or a 1.9GHz Octa core (3G edition), speed is not an issue. Internal storage is either 32GB or 64GB with an expandable card slot which might be needed considering 13MP rear camera and 2MP front facer.

The Note 3  runs Android 4.3 and the launch date is set for september 25 in more than 140 countries. although US launch is slightly later.