Nokia had been expected to launch its 6-inch Lumia 1520 Windows Phone at an event in New York City later this month, but The Verge has learned that the company has delayed the launch until next month. Sources familiar with Nokia’s plans have revealed to The Verge that the event is now tentatively scheduled for mid-October, and that Nokia may be planning a different location. Reuters originally reported details of the delay yesterday.

Although Microsoft is acquiring Nokia’s phone business, the company is still expected to go ahead and launch its 6-inch Lumia 1520 that has been widely leaked over the past few weeks. We’re told the device will debut on AT&T in November in black, white, red, and yellow colors. Nokia’s launch plans may have been delayed due to the Microsoft deal, but the company is still expected to launch a 10.1-inch Windows RT device codenamed Sirius. The tablet was recently pictured alongside other new hardware, and will likely be priced at $499. Microsoft is also planning to launch its own Surface 2 and Surface Pro 2 tablets next week, ahead of Nokia’s offering. 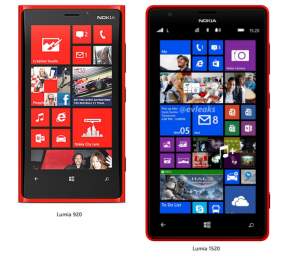