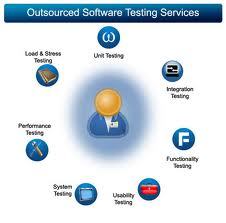 The degree of independence avoids author bias and is often more effective at finding defects and failures. – International Software Testing Qualification Board (ISTQB)

Nigerian companies that must use software for their smooth operations are faced with issue of quality. Though there is yet to be an established standard agency to monitor issue pertaining to software development as it affects quality, serious companies are expected to ensure they develop applications that are of international standard. This, they can achieve by setting up the right testing team that check for errors before and after launch.

Some of them already have in-house testing team that is part of the development team. That is okay but not a sufficient arrangement for effective software deployment.

Having independent testing team offers a lot in advantages as highlighted below- from the lowest level of independence to the highest:

i Tests by the person who wrote the item

ii tests by another person within the same team, like another programmer

iii Tests by the person from some different group such as an independent test team.

iv Tests by a person from some different organization or company, such as outsourced testing or certification by an external body.

When we think about how independent the test team is? It is really very important to understand that independence is not an either/or condition, but a range: